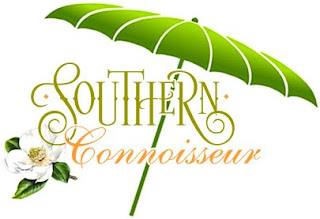 Coming home from vacation really knocks the stuffing out of you.

My dog returned from her dog-sitter and decided that the new year would be a good time to forget all the house-training she had learned over the past four years. She proceeded to poop all over the house, once near the laundry room, twice in her crate, and once on the rug in the dining room. I guess she was mad about something. My younger son developed yet another sinus infection and a bout of tonsilitis; my older son came down with the stomach flu and christened his new rug. I developed another sinus infection, and this one decided to settle behind my eyes, generating a chronic burning sensation that gave the expression, "Sight for sore eyes" new meaning. The writing workshop I'm supposed to start teaching next Thursday only has five students enrolled and I need six to teach. And on the way home from having lunch with a friend in New York today, I was listening to the new Jay-Z album (which isn't even that good but managed to distract me anyway) and flew past my exit, which left me driving slowly through the streets of Elizabeth, in the middle of rush hour, with a very full bladder. At least I got to see my old high school.

When I got home, my older son was asleep on the family room couch and my younger son was reading A Tree Grows in Brooklyn and eating macaroni and cheese. 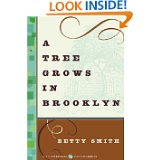 He barely looked up as I walked in. My dog had already been fed so she just snorted. The mail had brought no magazines, not even a bill to protest, just a holiday card from a family we haven't seen in five years. There wasn't much for me to do---no dinner to make, no bills to pay, no papers to mark, no dog to feed. I couldn't yell at my older son to get off Facebook and do his homework because he was sick and unconscious. I couldn't nag my younger son to do anything because how could you object to a ten-year old eating and reading a classic? Yes, I could enter that short fiction contest that Jhumpa Lahiri was judging or apply for that creative non-fiction award that Susan Orlean was planning to give out, but all that meant sitting down and churning out at least 300 pages of memorable prose. I would save that for tomorrow.

Then I remembered the key lime pie in the freezer. No one had wanted it New Year's Eve, which meant that I could eat most of it now. It was solid as a rock and stuck like glue to the pie plate, but when it comes to finding a way to defrost something fattening that everyone else in the house has forgotten about, I alway manage. I took a sharp knife, carved out a slice for myself, stuck it in the microwave for a minute and voila. Soft, soothing, lime pie. It was good.

In the wake of the last post I wrote about lime pie and chocolate bread pudding, I received more than the usual number of responses. I don't know if it was because it was New Year's Day and people were hungover and bored, but roughly 65 people jumped off their Facebook pages to read that post. Thank you, all! 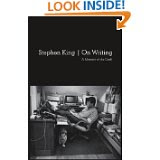 A couple of my good cooking friends sent me their versions of key lime pie and Caroline (identity now revealed) sent me her recipe for chocolate bread pudding. Tomorrow's supposed to be a snow day here in Northern New Jersey and with at least one child home sick, I'm going to keep this short. Plus, I've been reading Stephen King's On Writing and in it, he quotes The Elements of Style's Rule 17: "Omit needless words."

Here's to pudding and pie. 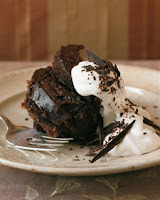 Once a product of frugality, bread pudding was the clever cook's way of using up leftover bread. But this rich, comforting dessert is reason enough to go out and buy a loaf. This chocolate version is dense and decadent enough to melt a chocolate lover's heart.

Heat the oven to 325 degrees. Place the cream, milk, vanilla seeds and pod, and cinnamon sticks, if using, in a medium saucepan, and bring to a boil. Remove from heat, cover with plastic wrap, and let sit for 30 minutes to infuse flavors.

Cut the brioche into 1/4-inch-thick slices. Cut slices into quarters, setting aside the rounded top pieces. Fill a 9-by-12-inch gratin dish or a deep oval roasting dish with the quartered pieces.
Return the milk mixture to a boil, remove from heat, and discard vanilla pod and cinnamon sticks. Add chocolate, and whisk until smooth. Combine egg yolks and sugar in a large bowl, and whisk to combine. Pour chocolate mixture very slowly into egg-yolk mixture, whisking constantly, until fully combined.

Slowly pour half the chocolate custard over bread, making sure all the bread is soaked. Arrange the reserved bread on top in a decorative pattern, and press firmly so bottom layer of bread absorbs chocolate mixture. Spoon remaining custard over bread until completely covered and all cracks are filled. Place a piece of plastic wrap over the dish; press down to soak bread thoroughly. Remove plastic, wipe edges of the dish with a damp towel, and allow to sit for 30 minutes. Place gratin dish in a larger pan; fill outer pan with hot water halfway up the sides of the gratin dish. Bake until set, about 35 minutes. Cool on a rack for 15 minutes.
Whisk the creme fraiche until soft peaks form. Serve pudding warm, garnished with creme fraiche and chocolate shavings.
http://www.marthastewart.com/recipe/favorite-chocolate-bread-pudding

KEY LIME PIE WITH A TWIST
(Courtesy of Terri Friedman and Carole Walter, author of GREAT PIES AND TARTS)

Make Filling:
Whisk granulated sugar, flour and salt together in top of double boiler. Gradually add the lime juice, stirring until the mixture is smooth. Blend in the eggs and water.
Place the pot over boiling water and cook, stirring constantly, until the mixture is thickened, 5-10 minutes depending on the weight of the double boiler. When the mixture is thick, pass it through a fine-mesh strainer in to a large bowl. Stir in butter, lime zest and vanilla. Cool in a cold water bath until tepid.
In a chilled bowl with chilled beaters, beat cream on medium speed. When it starts to thicken add confectioners sugar and continue to beat until it is firm enough to hold its shape. Do not overbeat.
Stir 1/4 of the cream in to the filling. Then fold in remaining cream. Put or pipe into pie shell and put in freezer uncovered until top is firm. Then cover with plastic wrap and freeze for 6 hours (or upto 1 month in advance)
Remove pie 1 hour before serving and garnish with fresh lime slices and toasted coconut.

Preheat oven to 325 and spread coconut on a shallow pan. Bake 8-10 minutes until golden brown, stirring occasionally.
Melt butter and cool. Crush coconut in hands and add to butter along with the gingersnap crumbs. Stir with fork till blended.
Spray a 9-inch ovenproof glass pie plate with non-stick coating. Empty crumbs into pan and using back of a spoon spread I around the pan and up the sides forming a 1/4 inch thick edge. Put plastic wrap over it and press on the crust with a glass or other flat surface to smoothe out creases. Chill till ready to fill.

Note from Terri: I usually do these in mini or regular muffin tins lined with paper since you make the filling and crust separately

Combine condensed milk, egg yolks and lime juice. Blend until smooth. Pour into pie crust and bake at 350 for 10 minutes. Allow to stand for 10 minutes before refrigerating. Just before serving, top with fresh whipped cream and garnish with lime slices.
http://www.southernconnoisseur.com/neljoesketli.html
Posted by Writermom at 3:23 PM