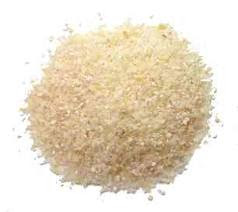 You know you're a pretty crappy Jewish mother when it takes you so long to do your older son's bar mitzvah album that by the time you get around to going through the pictures, your son's best friend has moved to China, your son isn't friends with half the kids in the pictures anymore and your photographer for the big event has had enough time to get divorced and plan her second wedding.

But I digress. This post is really about grits, illness, memory, domesticity and snow, and getting through a Northeast winter without your head exploding.

Once upon a time, I dated a man who lived down South. I lived in New York, where I was very busy with my career, and he lived in Atlanta, where he was clerking for a judge. There was no way in hell that either of us was going to move to the other's city, and though we both basically knew that, we made a point of visiting each other often and playing, "What if we lived here together? How would that be?" He would come to the West side, eat bagels with me at diners and see his old friends from Penn. I would visit him in Atlanta, eat grits with him at the OK Cafe in Buckhead and wonder what on earth I could possibly do down there. My mother had gone to college down South and liked it; she had a drawer full of white gloves and thin cashmere sweaters to prove it. Maybe I could learn to like it too, though the likelihood of my adopting a Southern drawl and being polite and solicitous, all the time, seemed remote.

The men down South were always busy opening doors and saying, "Thank you, ma'am." The women were all thin and pretty and never seemed to curse. Plus, no one would own up to seeing a therapist or shopping at Loehmann's. The generally pleasant weather was hard to reconcile with the snowstorms and freezing cold rain I had grown up with.

The deal breaker was that I was working for Business Week at the time and liking it. Though Coke and CNN were both in Atlanta, the chief of correspondents predicted I'd likely be making copies for the guy who was covering Coke and CNN, rather than writing about those companies myself. He said I'd have a better chance of moving up the masthead if I stayed put.

As it turned out, my boyfriend married a woman I went to college who was originally from Atlanta and happy to return. I married a man who had been one of my old boyfriend's classmates at Penn. This man lived a few blocks away from me on the West side and was happy to stay in the Northeast. Geography is destiny. I know I made the right decision. I'm sure my old gentleman caller would agree he did too. But when we broke up, I missed those grits something awful.

Then I forget about them. But when we were down in Florida over Christmas, I found them again. One night, we went out for dinner and sitting next to us was a silver-haired gentleman and his handsome son. They suggested we go to the Green Turtle Inn in Islamorada for breakfast. The next day, our fishing captain told us to go to the same place. We did. I ordered grits with shrimp, bacon and cheese. Oh. My. God. It was manna from heaven. I never tasted anything so yummy.

Grits themselves are nothing special. They're made from hominy---dried kernels of corns, the hull and germ removed, ground down fine. It's the big baddies you mix in with grits---cheese, salt and butter---that make them so delicious. It's not easy to find grits in New Jersey. Last week, I spent at least fifteen minutes, walking the supermarket aisles, looking for them. I finally found them in the oatmeal aisle (duh) but they were on the bottom shelf and there was only one container.

This weekend, both my kids had a stomach virus, and my younger son had a sinus infection to go with it. For several days, I fed them nothing but bananas, rice, apple juice, and toast (what our pediatrician calls the BRATty diet) as well as copious amounts of flat Coke and ginger ale. On Sunday night, while I was waiting for the stomach bug to bite me in the butt, I made myself some cheese grits. I figured they would line my stomach and ward off the bug. They didn't; I got sick the next morning.

Getting a stomach virus is a lot like prepping for a colonoscopy: The only good thing that happens is the next day you get to wear your pants-that-don't-fit. But the nursery food we ate during the course of the stomach virus was fantastic. I don't think there is anything more pleasant than sitting down to two pieces of buttered white toast and knowing it's the right thing to do.

With all this illness and snow, I finally got around to doing my older son's bar mitzvah album. (He'll be 15 this summer). He looks so young in those pictures and so old now; does the same go for me? I've also been making my way through Possession by A.S. Byatt and On Writing by Stephen King. 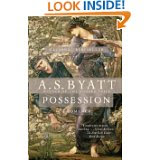 Possession came out in 1990 and On Writing came out in 2000, long before blogs and electronic opinions were as plentiful as the snowflakes fluttering outside my window. Though the authors couldn't be more different (King is a recovering coke addict and alcoholic who writes horror fiction and has been married to the same woman for several decades; Byatt is on her second marriage and writes literature, with a capital L.), both share the same opinion: If you want to write great fiction, keep writing about yourself to a minimum. So I'll end this post right here.

Enjoy the snow and find yourselves some Southern comfort, y'all.

"Informal essays are, by and large, silly and insubstantial things; unless you get a job at your local newspaper, writing such fluffery is a skill you'll never use in the actual mall-and-filling station world."
Stephen King, On Writing

"If you can order your Thoughts and shape them into Art, good: if you can live in the obligations and affections of Daily Life, good. But do not get into the habit of morbid Self-examination. Nothing so unfits a woman for producing good work, or for living usefully. The Lord will take care of the second of these---opportunities will be found. The first is a matter of Will."
A.S. Byatt, Posssession

Bring milk and water to boil in a saucepan over high heat. Add salt and pepper to taste. Add grits and cook over low flame for about 1 hour, stirring often. Add more warm water if pan becomes too dry. Remove from heat and stir in 2 tablespoons butter, cheese and cayenne pepper.

Cook bacon in large skillet over medium high heat until brown. Remove bacon, drain on paper towel, dice. Pour grease out of skillet and add two tablespoons butter over medium high heat. When butter sizzles, add bacon and shrimp. Cook until shrimp color, about 2-3 minutes. Sprinkle lemon juice into skillet and add remaining 4 tablespoons butter and chopped parsley. Shake pan so that it all mixes together.

Spoon grits onto four plates and place shrimp, parsley and bacon on top.
Posted by Writermom at 5:24 PM