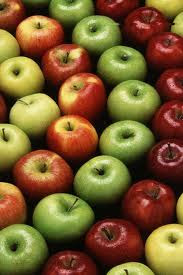 Today was a seriously crappy day. Middle of the week, happy hump-day, first day of December, bah humbug. The weather sucked. The rain was coming down in sheets, the wind was blowing. It was a good day to sit inside and drink strong coffee. But Wednesday is "run" day with my neighbor, and weather or not (ha ha), we head out with our dogs and go for a run. Despite the bad weather this morning, my neighbor was raring to go. She grew up with two brothers; her father rides a tractor, fells trees and chops wood. She's resilient and competitive. While I was bringing my younger son to school, she emailed: "55 degrees and raining, perfect for a run!!! You in?"

Actually, I wasn't, but I'm also a competitive, first born female, so my inner punk responded. Yeah, I'm in. Plus, our dog needed exercise. My neighbor and I have labrador retrievers. Ours is large, yellow, good-natured and passive. My neighbor's dog is large, chocolate, good natured and assertive. Our dog is usually content to wander the house, vacuuming up whatever food has dropped to the floor. But she was bred to retrieve ducks and geese in cold ponds, so every morning, she likes to go outside, race around and look for food. She's never retrieved a duck or a goose, and the one time we saw geese at a pond near our house, she acted like a patient with dementia: She looked at them as if she had known them in an earlier life but had no idea who they were now and how she was supposed to interact with them. Anyway, bad weather doesn't bother her and she likes to run. For both our sakes, we headed out into the rain.

There were puddles everywhere, cars screamed by us, and the wind whipped the leashes into our legs. My neighbor and I were soaked. The dogs, of course, were delirious with happiness. We ran by the train station. The sky was grey. It was only 9:15 but the day felt dark and late. "Some trees are gonna come down," my neighbor said. We ran home. I toweled off our dog. She was still damp, so she walked over to the cold oven, looked for warmth, gave up and threw herself onto the tan, family room rug---which we had just had cleaned. I screamed at her to get off the rug. She ran off and just looked at me. I threw down a large towel and said, "Okay, you can come back." She didn't move.

I wandered back into the kitchen. I just wanted to shovel wasabi peas and chocolate covered espresso beans into my mouth and drum up a caffeinated rush.

But it was also the first night of Chanukah and my husband, who is never home early, reminded me before he left for work that he was going out of town for the day but was coming home early for Chanukah. I wanted to tell him not to bother, and in fact, pointed out to him that our younger son had an orthodontist appointment at 4 and both kids had a piano lesson at 6, which meant that Chanukah, if we got around to it, would have to be squeezed in later in the evening.

"Maybe you can get the kids some presents," I said.
"Okay," he said, "I'll pick them up T-shirts at the train station."

I took a brisket out of the freezer and a box of Manishevitz potato pancake mix out of the pantry. That was going to be my sole contribution to our celebration, besides getting the menorah down from the top of the pantry. But when I went to put the meat in the microwave, I noticed that we had a ridiculous number of potatoes. They were budding. How could I ignore these old, mealy potatoes, when the holiday called for grating them and frying them up?

Given the mood I was in, I knew I probably could ignore old potatoes.

I stood on a stool and searched for the menorah. A package of Oreos and a candle fell on my feet. That's it, I thought, let's just call the whole thing off. We just finished Thanksgiving, it's the end of the semester, I have eight zillion papers to grade and I'm worn out from cooking. My students are getting on my nerves. I'm sick of being the one who makes all the holidays come together. The onus of getting the dreidels out and finding the prayers always falls on me. I do not feel like singing "I have a little dreidel" or sitting on the floor and playing a game with gelt. I know it's blasphemous to say this but I think Chanukah is overrated. Because it falls in December and we operate in a Christmas deficit, we've scrambled to make Chanukah this week-long holiday of gift giving. I am proud to be associated with Judah Macabee and the oil that lasted eight days in 164 BCE, but there have been greater battles and more glorious accomplishments in the history of Judaism, and eight nights of giving presents and lighting candles and saying prayers is a lot. By the eighth night, I'm giving my boys packs of gum. Last year, they got into an argument and I told them to write nice notes to each other---that would be their gift to each other that night. Maybe we could do that every night this year.

I found the menorah. It was tarnished and needed to be polished. The mail arrived. Alimentum had rejected an essay I'd sent them. I love Alimentum. It is a wonderful journal about food. They publish essays and short stories and the themes always have something to do with food and love. About a year ago, my agent suggested I send them an essay I wrote about being addicted to sucking candies. I chickened out, and sent the essay instead to an on-line journal that had published my work before. Then, I recommended that my creative writing students submit work to Alimentum. One of them did and they are publishing her work in the spring. I was happy for her and miserable for me. I continue to send them my work and they continue to reject it.

The day was starting to suck out loud.

Then I remembered my friend R. and her recipe for apple sauce. R. works as a translator in my journalism class. There is a woman in the class who is hard of hearing, and the university pays for her to have a translator---someone who sits and types out everything we say in class, then puts it up on a screen, so if the student who is hard-of-hearing misses something during a discussion, she can read it on the screen. When I first heard from R., it was late summer and I was in Israel. She emailed to tell me she had been hired by the university and would be working in my class as a translator. She warned me that I should prepare myself because having a hard-of-hearing student in the class would mean a lot of extra work. I would have to send her definitions, hand-outs and assignments ahead of time, so she would know how to spell what we talked about, and we would be meeting frequently during office hours. I braced myself. I was an adjunct and already overworked and underpaid.

As it turned out, the hard-of-hearing student is one the best students in the class. She is smart and funny, and has turned into an excellent writer and outstanding reporter. It's been a total pleasure to get to know her and R. And R. is fantastic. I've been teaching journalism to college students for a year and a half, and she is the first "adult" to sit in on my class and give me feedback. Her comments are honest, supportive and dare I say it, loving. She also periodically works at our synagogue, translating for hard-of-hearing congregants, so we often talk about the Jewish holidays. The other day, she asked me what I was doing for Chanukah. I said I was making latkes, out of the box. She offered to send me her Grandma Sally's easy recipe for apple sauce. I printed it out and thought about making it, but also got a jar of apple sauce out of the pantry just in case.

This afternoon, I looked closely at Grandma Sally's recipe. It was obviously recorded with love. R. does not have kids and I thought, I'm lucky I have kids who aren't disabled. I'm lucky I can cook and teach and write and run. After several handfuls of chocolate covered espresso beans and wasabi peas, and one cup of hot chocolate spiked with a tablespoon of coffee grinds, I sat down, marked some papers, and made Grandma Sally's apple sauce. I also decided to pull out the food processor and make some latkes.

The evening still didn't end well. I screamed at my kids. My husband came home and said he hadn't had time to get them gifts. I called him lame, drove to Game Stop to get my kids gift certificates for more video games, then drove across the street to get our dog a blanket, for those times when she feels like throwing her wet, happy self on the rug. I might curl up and lie there with her tonight.

R's Grandma Sally's Recipe for Apple Sauce
Rome apples---core. I leave skins on. Sit them in big pot. Can usually fit, four five apples in. Makes maybe two, three cups of sauce. Put water about 1/3 up apples---trick is to check water--better less than more---apples have a lot of their own water. After 15, 20 minutes, check wtih fork---apples start to soften---I help them along, break them down. It is chunky, so family ready for new sensual taste if used to creamy. As apples break down more and more, stir and pray...just when the consistency is what you like, sprinkle cinnamon, a pinch or two of nutmeg and a final stir or two.

Turn oven to 200 degrees.
Grate potatoes by hand or use grating disk in food processor. Drain in colander. Grate the onion. Mix together.
Beat eggs in a bowl. Add salt, pepper and matzoh meal/breadcrumbs. Stir in potatoes and onion,
Heat two large frying pans, add about 1/8 inch of oil to each pan (you will be making a lot of latkes.) When oil is hot, drop potato pancake batter on it with a large spoon or a quarter cup measuring cup. Let latkes cook for ten minutes each side. Drain pancakes on paper towel and keep them warm in the oven until you're done cooking. Enjoy.
Posted by Writermom at 6:50 AM