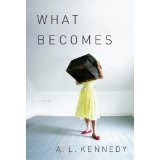 Every so often, we attempt a family outing. Often, these outings end in cranky children, tired parents and everyone eager to get home and check their emails, but occasionally, we get it right and have a good time.

A couple of Sundays ago, we went to see the King Tut exhibit at the Discovery Times Square Exposition. The exhibit was closing the next day and about 3 zillion other people were there with us. Though you could kind of, sort of, see the stuff King Tut used and was buried with, it was not a great exhibit. Most of the exhibit took place underground and the lighting was so dim, it was hard to read the signs. The most interesting exhibit was King Tut's family tree, which included the genetic coding of his parents, grandparents and great-grandparents. It appeared that King Tut's parents were brother and sister.

We ran out of the exhibit to the nearest bar, which turned out to be an Irish pub. My kids found their own table in front of a flat screen TV and settled down to watch the Jets crush the Patriots. My husband and I sat down down a discreet distance away and ordered glasses of wine. My kids were smart enough to order spicy chicken wings and pizza. My husband and I ordered a chopped salad, corn chowder and grilled chicken. My chowder came with strips of bacon on top; it was divine. The chopped salad and chicken, not so much. There are certain foods you order in a bar and certain things you don't.

Halfway through the game, my husband reminded me he had a call to make. Why didn't I watch the game with the kids, he suggested, while he made the call?

"Are you kidding?" I asked.

I didn't grow up watching football or even pretending to want to. If I sound like a prima donna, mea culpa. My brother played football in high school and my father was a football fan, so while the two of them watched the games on weekends, my mother took me to the ballet, Loehmann's or the library. I never dated anyone who played football and though my husband does take the kids to Giants games from time to time, he never tries to discuss strategy or plays with me. But once I started teaching news reporting, I had to start reading the sports pages to see what kind of news was reported there. I discovered I liked reading about the quarterbacks and the controversial players---Ben Roethlisberger, Michael Vick, Tom Brady, Eli Manning---and all the challenges they faced and trouble they got into. And it's kind of a pleasure to watch big, muscular, tattooed guys race around with their hair sticking out of their helmets, throwing passes and ramming into each other, or sitting on the sidelines, looking pissed off and trying to figure out what they're thinking. But I can't actually sit down and watch football for more than five minutes without wondering what else I could be doing.

So while my kids watched and my husband talked I downloaded A.L. Kennedy's What Becomes on my husband's iphone. This slim book of short stories is by a young Scottish writer who is also a stand-up comic. This is a great little book, short, wry, depressing, funny. Most of the stories feature just a couple of characters and are over in less than 20 pages, but by the time you're finished the story, you know these characters intimately and you wish you knew more. A few of the stories are arrestingly sad."Wasps" is about the beginning of the end of a family and "Edinburgh" is about a pensive food store owner's attempt at romance. Both stories will shoot arrows through your heart. "As God Made Us" will make you stop and think about how good you have it. "Another' is a lovely story about a widowed mother's second chance at love with a man, who reminds her of her late husband, but only in good ways. One story, called "Sympathy," is told only through dialogue. It is so sexually explicit, I was shocked---but pleasantly so. "Sympathy" is brilliant, memorable, raunchy and heartbreaking. You won't forget it.

I am not normally an advocate of people staying glued to their hand-held devices while the world revolves around them, but in that dark bar on a Sunday night, reading What Becomes through the Kindle app on the iphone was a blessing.
Posted by Writermom at 6:58 PM