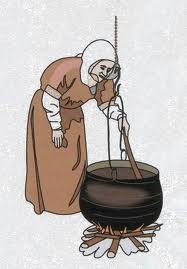 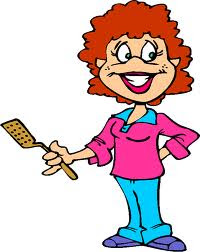 Over the weekend, I discovered that one of my former creative writing students had blogged about a workshop he'd taken with me. This man is a very good writer, and a funny and pleasant guy, so I was glad to see he was still writing a lot, but it was a little disorienting to see him blogging about work he had done with me (http://thebitteroldqueen.blogspot.com/2010/10/writing-workshops.html).

Then, yesterday afternoon, one of my journalism students from last year interviewed me for a story she was doing for her feature writing class. She's a senior at a local state college where I'm an adjunct and she was supposed to write a feature story about someone who is passionate about something, She had decided I was passionate about writing. (I was flattered she associated me with passion but a little nervous because her professor is one of my close friends, with whom I had often discussed the frustrations of writing and teaching, and wasn't sure I could fully articulate my "passion" without sounding like a disingenuous Pollyanna.) This young woman is cheerful and lovely and says she may want to be an on-air news reporter some day. She asked who my favorite writers were, when I knew I wanted to be a writer, what my favorite classes were in college and which of my English professors had influenced me. They were the kinds of starry-eyed, "When did you start dreaming about your professional life?" questions you ask when you think that life is one big opportunity to do great work.

We started talking about blogging, and it was clear that what I was really passionate about was writing about food. I felt a little ridiculous that even though I was teaching news reporting, I was busy writing about cooking and raising kids. We finished up the interview, I urged her to apply to graduate school, and then I got in my car and went home to make dinner.

It was your basic weeknight dinner---flank steak, potatoes, onions, raw cucumbers and red peppers, and a container of cold pasta left over from last night. It was only 2:30 when I started cooking but I was in a hurry to get it all done because I had a high school senior coming over to be interviewed for Wellesley and I didn't want her to catch me making dinner.

That's really what I kept thinking: I didn't want her to catch me.

I wasn't actually wearing an apron when this girl arrived at 4:30, but I might as well have been. The house smelled of food---the kitchen was smokey, the steak was sitting on a cutting board, and the potatoes and onions were messily splayed out on trays on the stovetop.

My husband and my sons wonder why I keep interviewing future Wellesley women. It's pretty much all I do for Wellesley these days. My giving to the school has tapered off (Wellesley is unlikely to go coed in time to let my kids in her doors so we're supporting my husband's alma mater, which might actually admit our boys). But I still want to be part of this all women's community. I love interviewing high school girls and hearing what they've done and what they plan to do. I am almost always overwhelmed by how impressive they are: This one is the captain of the varsity swim team and gave an impressive sermon at her church about whether we are made in the image of God; that one worked in a lab at University of Pennsylvania studying retinal degeneration in mice over the summer, was diabetic and started giving herself her own insulin injections when she was nine-years old; another lived with her single mother in the inner city, starred in school musicals and arrived alone for our interview. The girls all want to work their butts off in college. Most of them also want to make sure they can easily take the bus into Cambridge and Boston to meet men but their goals are professional, not domestic.

I went to Wellesley because the high school I attended (and where our sons go now) had been an all-boys school for a long time, and had only recently gone coed before I got there. Though girls were definitely a presence, it was pretty much the boys who edited the newspaper, ran student government, starred in the plays and played soccer on the best fields. One of our science teachers repeatedly called a pretty blonde girl in our class, "space cadet." (That girl went on to become a surgeon.) I definitely felt intimidated. Plus, I had an intimidating, domineering father, and didn't want to go to school with younger versions of him.

Anyway, I went to Wellesley, where we were taught to call ourselves "first year students," (not freshmen) and to refer to ourselves as women, not girls. We were at a women's college, not a girls' school. Susan Sontag was the commencement speaker for the class of 1983 and when we arrived on campus that fall, the college newspaper was full of news about Sontag, who had told the graduating class, "Be bold!" There was no talk of marriage or making dinner. Most of the women I went to college with went into investment banking or pursued their PhDs. One did both. Desiree Rogers, Hillary Clinton, Madeline Albright, Nora Ephron and Diane Sawyer all graduated from Wellesley. Our alumnae magazine is full of news about how successful we all are, with very little reporting on how many carpools are being driven or how many dinners are being served. There's a certain amount of domestic drudgery involved in being a grown-up, but no one tells you that when you're writing about Aristotle's Poetics or doing problem sets.

Why should they? You don't really want to hear any of that when you're young and idealistic, and besides, you can't predict how you're going to balance work and family life until you're knee-deep in it.

The girl who came to be interviewed yesterday afternoon walked into our kitchen with her Dad. "That smells good," he said. "I've never made onions with sweet potatoes. We made carrots and sweet potatoes on Sunday."
"That sounds good," I said. "Very orange." I felt self conscious but decided what the hell, I would own up. "I didn't want you to see me making dinner because twenty-five years out of Wellesley, I'm supposed to be doing more than that." They smiled.

The other night, my older son said to me, "I can't believe how much time you spend making dinner. Did you ever think you would be doing this?" He's 14 and at an age where he's starting to notice the roles in our house. In most ways, we have a very traditional marriage. I make breakfast and dinner, help the kids with homework, and my husband goes off to work every day. I teach and write during the day, and sometimes I teach and write at night, but my work life is pretty much over once the clock strikes 3:30 and my younger son jumps off the bus.

I never planned to be this conventional. But solving the work/family equation is not simple.

A few weeks ago, I was picking my younger son up from his friend's house. This boy's mother and I were standing in the basement, watching the boys play ping pong. This woman is no slouch---she went to an excellent college, has an MBA, is an accomplished cook, and is on a local board. Her young daughter goes to an all-girls' elementary school. This woman turned to me and said, "I called up her school and asked why they weren't teaching home economics. They were very nice about it but they said, 'Because we want the girls to get into college.'"
My friend picked up her daughter, who was wrapping herself around her mother's legs. " I don't know about you," she said, "but the first thing my husband wants to know is, what's for dinner?"
"Yep," I said. "My husband asks the same thing."

If you had told me when I was graduating from college that most of my late afternoons would be spent cooking dinner for my kids, I would have accused you of being a ridiculous sexist, rolled my eyes, and stomped off. But the reality is, if you want any semblance of family life, someone's got to make dinner. Or at least be there in the early evening to order it and lay it out.

My brother-in-law and sister-in-law in Berkeley just had their first child last week, a beautiful baby boy (http://richandlorien.blogspot.com/). My brother-in-law is an adventurous, fantastic cook who specializes in Thai food, and I suspect their division of labor will be much more equitable than the one my husband and I have devised.

I make dinner for my family four or five nights a week. And I can't tell if I'm pissed off or proud.

Combine ingredients in a bowl. Place steak in marinade, cover and leave in refrigerator for a couple of hours. (Steak will taste better if you marinate it a couple of hours but you can also make the marinade and cook it right away.)
Preheat grill or broiler. Broil steak for four minutes on each side, and then two minutes on each side (12 minutes altogether.) Keep pouring marinade on steak every time you flip it. Let sit for a couple of minutes before carving.