God bless Apple, poetry, and the long and winding road 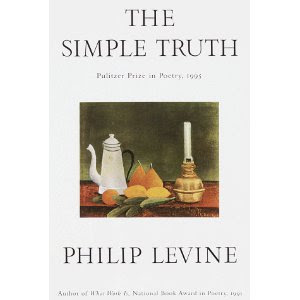 The stock market's tumble, the U.S. debt downgrade and the wobbly state of European and American banks are generating a lot of anxiety. But the wonderful poet Philip Levine was selected to be the next poet laureate and that, plus great music, a strong wind and a trip to the beach, distracted me from the more pressing news yesterday.

Philip Levine's book, The Simple Truth, is one of the most beautiful poetry books I've ever read. One of my high school friends married a man who became a published poet (his name is Peter Waldor and his lyrical book of poems, Door to a Noisy Room, came out in 2008.) For my husband's thirtieth birthday, Peter gave him (us) two books of poetry, Frank O'Hara's Lunch Poems and Levine's The Simple Truth. What I love about Levine is that he transforms the ordinary into the extraordinary. The title poem of "The Simple Truth" is about friendship, food, cooking, memory, loss, longing and New Jersey. It is so detailed, evocative, painful and exquisite, you are speechless as you finish it (see poem below).

I have to admit I wasn't thinking much about poetry yesterday morning when I drove my older son down to Long Beach Island to visit his cousins, my brother, my sister-in-law and her extended family. I often like silence in the car but my son always likes music so we listened to Adele's album 21 for the zillionth time.

I can't listen to "Rolling in the Deep" ever again but my son and I both love "I'll Be Waiting," "Lovesong" and "Someone Like You." I pointed out that when Adele sang Lovesong (a cover of the Cure's Love Song) she was thinking of her mother, whom she lives with, bought a house for and loves. This led to a discussion about Eminem and the beautiful, angry song he wrote to his mother, Cleanin' Out My Closet and the influence of mothers on musicians, for better or worse. We wondered whether or not Lady Ga Ga liked her parents. Then my son put on Born This Way. 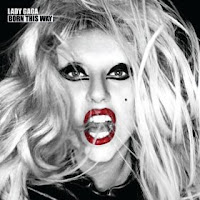 I like what Lady Gaga stands for---she's scary, sexy and a great boundary pusher---and "Judas," "Government Hooker," and "Americano" make your heart race, but in my humble opinion, her voice and her lyrics don't hold a candle to Adele. My older son disagrees but fortunately, we were only one song into Born This Way when we pulled up to my brother's house.

We unloaded a new Aerobed, some old blankets, a mattress pad, one set of sheets, several bottles of suntan lotion, two dozen sliced bagels, some cream cheese and my older son's stuff. Then, because I am the family freak, and often prefer solitude to other people's company, I left them all at the beach and went paddle-boarding. My son, bless him, asked me if I would be wearing a life jacket.

The wind was coming up from the south end of the island and the men at Harvey Cedars Marina warned me to stay close to the shoreline. "You'll get a good work-out," they said. They were right. As I headed south, the wind was so strong that I barely moved. Still, a little boy stood up on his kayak and said he wanted to go paddle boarding. Another kid on a dock yelled that he wanted to go paddle-boarding too. I was so close to the shore, I heard every word he said. I think I paddled about 2,000 feet. Maybe less. Then I headed north. The wind was at my back. I lifted my paddle out of the water. The wind pushed me forward. I was flying across the water. Whee! Then I rammed into a Hobie Wave. Whoops. I knelt down, paddled towards the sand, drove back to the beach, kissed my older son goodbye and drove home.

The highway was peaceful, the sky was clear, there wasn't any traffic and the sun was out. I had finally found the right day and time to leave the beach (Wednesday, 4:06 p.m.) The sun and the water had made me sleepy so I decided to take advantage of Apple's hegemony and plugged in my iPod for the second time. (The first time, I listened to local Jersey girl Chelsea Handler's Are You There, Vodka? It's Me, Chelsea. More about her in another post.) I am probably one of the last people on earth to purchase an iPhone but at the end of June, I broke down and did it. My younger son synced my phone with our family iTunes account. I had no idea what was on there---my husband and sons have been downloading music for years but since I was the only one in the family without an iToy, I never paid attention.

What sounded like country music started to play. What fresh hell was this? It was the Beatles White Album and I was hearing the first few bars of "Rocky Raccoon." Then the beat changed. There is nothing like hearing old, familiar music and realizing it can still rock you. The iPod jumped to Tom Petty's Wildlflowers. Then, the music from Jersey Boys started up and "Beggin," followed by "C'mon Marianne" came on. You can't be from New Jersey and not feel optimistic when you hear music by Frankie Valli and the Four Seasons. The iPod went on to play songs from "On the Town" (my mother must have hacked into our iTunes account) and then some Hebrew songs. I looked down. The iPod was playing Ehud Banai's Mamshich Linsoa ("Keep Moving").

Ehud Banai is an Israeli singer and songwriter. My husband must have downloaded this album while we were in Israel. I couldn't understand a word he was singing but the music was gorgeous.

I bought a dollar and a half's worth of small red potatoes,
took them home, boiled them in their jackets
and ate them for dinner with a little butter and salt.
Then I walked through the dried fields
on the edge of town. In middle June the light
hung on in the dark furrows at my feet,
and in the mountain oaks overhead the birds
were gathering for the night, the jays and mockers
squawking back and forth, the finches still darting
into the dusty light. The woman who sold me
the potatoes was from Poland; she was someone
out of my childhood in a pink spangled sweater and sunglasses
praising the perfection of all her fruits and vegetables
at the road-side stand and urging me to taste
even the pale, raw sweet corn trucked all the way,
she swore, from New Jersey. "Eat, eat," she said,
"even if you don't I'll say you did."

Some things
you know all your life. They are so simple and true
they must be said without elegance, meter and rhyme,
they must be laid on the table beside the salt shaker,
the glass of water, the absence of light gathering
in the shadows of picture frames, they must be
naked and alone, they must stand for themselves.
My friend Henri and I arrived at this together in 1965
before I went away, before he began to kill himself,
and the two of us to betray our love. Can you taste
what I'm saying? It is onions or potatoes, a pinch
of simple salt, the wealth of melting butter, it is obvious,
it stays in the back of your throat like a truth
you never uttered because the time was always wrong,
it stays there for the rest of your life, unspoken,
made of that dirt we call earth, the metal we call salt,
in a form we have no words for, and you live on it.
Posted by Writermom at 10:18 AM