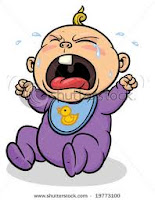 Sometimes, a vacation is not a vacation but more of a mind-bending family trip.

Last week, my husband, kids and I flew out to Vail. We'd used frequent flier miles to book our flights, and made reservations at a hotel that had been recommended by two friends who were great skiers and had stayed at the hotel before. We hadn't skied as a family in several years but figured it would all come rushing back. We set our clocks ahead, rose early and arrived the day daylight savings time kicked in.

That was mistake number one. The two-hour time difference, plus daylight savings, messed with our heads right away. Then there was the altitude. We were skiing at 11,000 feet. We'd forgotten that high altitude makes you cranky and dehydrated. The air was thin. We were sleeping poorly. Our condo was cramped and stuffy. There were no vents in the living room or the larger bedroom, and though my kids’ room had a vent, their window opened up to a glass enclosed courtyard. In order to breathe, we had to keep the windows and the sliding glass door open. All that fresh air may sound lovely but this was Colorado in March, there was a ton of snow on the ground and it was cold inside.

The lovely blonde concierge in the lobby admitted that the building was old and had "ventilation problems." She offered us a larger apartment on another floor for the same price. My kids and I ran upstairs. It was a duplex with the kids' bedroom on a different floor. We loved it! Then my husband pointed out that it overlooked a bus stop, parking lot and a highway and we'd be up all night from the noise.

While all this was happening, news of the tsunami in Japan, the nuclear reactors’ radiation damage, Colonel Muammar Qaddafi’s atrocities and Charlie Sheen's antics kept us glued to the TV. Because of the bad news in Japan, my husband was hunched over his Blackberry on every chair lift ride. The snow was thick and powdery. As we sat together on the lifts, I gazed at the pine trees, the snow covered Rockies and the glorious blue sky, while my husband read and responded to emails. Sometimes he asked me to hold his poles.

I tried to be a good sport. It’s my husband’s salary, and not the money I make from working part-time, that pays for our vacations. We have a fairly traditional marriage: I write, teach and raise the kids. My husband is a banker and works most of the time. This has been our arrangement for almost 15 years. I know the drill. Usually, I'm at peace with it. But on the ski slopes, I was getting annoyed. I had a lot of time to think about why I didn’t have a high-powered career like my husband or a few other women I knew. My 25-year college reunion was coming up. Why wasn't I a partner/best-selling author/full professor? Why didn’t I have to be frantically glued to my Blackberry too?

Back at the apartment, the laundry was piling up. The sink was filled with dirty dishes and the dishwasher was filled with clean dishes. I refused to unload the dishwasher. So did everybody else. We were running out of long underwear and socks. One morning, my husband said softly, "Did you see they left a laundry bag?” My kids yelled that they couldn't find anything to wear. Of course they couldn’t. My younger son’s drawers had clothes spilling out of them. Most of his clothes were on the floor. My older son had never bothered to unpack. Their room was small and unpleasant. I looked around. Laundry? Dirty dishes? I might as well be home. I kicked my older son's duffel, threw everything clean onto his bed and jammed all the obviously dirty clothes into the closet.

In the past, I've unpacked my kids' stuff. But they’re getting older and need to do these things themselves, so that when they get their own places, their roommates and significant others don’t kill them for being slobs.

Then there was the book I was reading, Alan Paul's Big in China. The author is an old friend who turned his blog into a memoir. The book is fast-paced, well-written and fun, and charts his career as the lead singer and songwriter of a successful blues band in China. In the book, he writes of his wife’s “steely ambition.” What had happened to mine?

To be truthful, it was lurking nearby. I was hoping that a potential TV appearance would ignite it. Yes, while Japan and Libya were falling apart, and Charlie Sheen was chugging God-knows-what out of his twins' sippy cup, I was in a trance of self-pity and self-absorption, waiting for a correspondent from CBS to email me and say Yes, honey, the segment on you and your kids will be running tomorrow. Hurray!

A couple of weeks ago, I wrote a column about teenagers and drinking. I confessed that I occasionally let my older son have a sip of wine so that he would learn to drink responsibly. Suddenly, a lot of people started talking about kids and drinking. The Wall Street Journal posted a similar story and then a correspondent for the CBS Early Show called to set up an interview. A film crew arrived and a lovely young woman interviewed my older son and me. It was all very exciting and out of the blue. The segment was supposed to air two or three days later. I had visions of grandeur---a multi-book contract! A movie deal! Then the tsunami hit. Libya deteriorated. March Madness began. Our segment didn't run.

We left for vacation. Then two friends emailed: NBC had done a similar story on kids and drinking on their morning show! I used to write for Business Week and if a rival publication ran a story before yours did, bang, your story was dead, no matter how much work you had put into it. I emailed the woman from CBS and asked her what was going on. She didn't write back. I wasn't sure what the CBS opportunity might bring but if it didn't air, I knew it wouldn't bring anything.

That was the beginning of a long, lousy day. I cried on the ski lift. That night, I yelled at my kids to shower and get dressed. We took a gondola up the mountain and went to dinner. We sat next to the window. The sky was clear. It was a beautiful night. My older son looked pissed off. My younger son didn't look much happier. I asked them what was wrong. They told me how awful I was for yelling at them and throwing their clothes around. "I'm sorry you have such a terrible mother," I said, and burst into tears. I ran into the bathroom. A woman who was in there also looked at me with horror and said, "Can I help you ma'am?"

"No, thank you," I said and ran into a stall. Please leave, I prayed. She left. I walked out. The bathroom was empty. I was still crying, I spotted the custodian's closet, opened the door and sat on the floor. Surrounded by brooms, pails and cleaning supplies, I started to feel better. Okay, fine, my career was stalled but I had a lot to be thankful for. Then I saw a sign on the back of the closet door. "Door sticks! Parts have been ordered." Fantastic. I was going to die with a bunch of brooms. Now I really had something to cry about.

Then I heard a soft knock. I opened the closet (the parts must have arrived), then the bathroom door. My older son was sitting on a bench. “I'm sorry,” he said.

"I'm sorry," I said. I kissed his sweet face. We went back to the table. My husband, who has seen me cry and rage before, looked concerned, but not as worried as my kids. They looked terrified. I felt horrible. "I know it's scary to see your Mommy cry," I said. "I'm really sorry, it has nothing to do with you." Well, it did have a little something to do with them but mostly I was crying because I wasn't getting my fifteen minutes of fame.

The next day, I dropped my sons off at ski school. My husband was on another call. I had what all parents crave, an hour to myself. I settled into a chair in the lodge, finished my book, took the bus back to the hotel, asked the concierge for somed laundry detergent and did two loads of laundry. At the end of the cycle, there were no dryers available, so I did what I frequently did when I ran out of quarters in college: I schlepped the basket of wet clothes upstairs, hung them all over doorknobs, chairs and lamps, opened the windows, and hoped it would all dry, some day.

The next day, the air cleared. I felt better, my kids seemed happy. My younger son started to look for socks. "I have some nice, clean socks drying in the living room," I said.

Yesterday, I received an email from CBS. The Early Show is running the segment on teenagers and drinking, this morning, March 22, between 8-8:30 a.m. I promise not to cry.

Is it okay for your children to see you cry?

Posted by Writermom at 7:31 AM