All Parenting is Local: Moms Talk 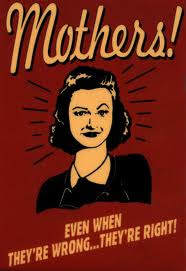 I just started writing a biweekly column called Moms Talk, which was introduced this week by the Millburn Short Hills Patch, a hyper local, on-line-only newspaper. It's not the New York Times or Business Week, but in my under-caffeinated fog this morning, I'm telling myself it's actually better not to be writing about business. My editor is at least a decade younger than I am, she liked all the ideas I pitched her and since I'm writing about parenting, I don't have to worry about checking a company's stock price or glancing at/trying to decipher its most recent earnings report. That said, the business reporter in me isn't totally dead: The Patch is owned by AOL, which as you probably know, just bought The Huffington Post for $315 million. The Huffington Post doesn't pay its writers but the Patch does. Hopefully, that won't change.

If you've been following Flawed Mom, you've read this Tiger Mom piece already, but if you feel like jumping to another website, reading it again and leaving a comment, please do. I'm supposed to generate site traffic and if you leave a comment, I will be in your eternal debt, which could mean several slices of brisket or some brownies. http://millburn.patch.com/articles/should-you-let-your-child-pursue-their-passions.
Posted by Writermom at 6:55 AM