To Maria with Love: Pumpkin Soup 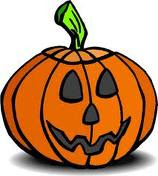 I teach journalism at a local college and every week we read a different section of The New York Times. The paper is still free on-line (unlike the more financially savvy The Wall Street Journal), and the student center gives out free copies. The Times has had layoffs and financial problems but I'm grateful for the wide range of riveting stories it runs---and the ease with which it allows me to teach this course. I'm trying to teach these students, most of whom are English majors, nutrition majors and journalism minors, how to follow, interpret, cover, research and write about the news. So far, we've made our way through the front section, the Editorials, the Op-Ed page, the Business section, the Science section, the mid-term elections coverage, and the New York marathon. We have a textbook and I do periodically assign them stories from The Star Ledger, New York magazine, The New Yorker, and various news websites, but my go-to publication is the paper of record. The Times does hard news beautifully.

Now that I've gotten that out of the way, I'll confess that the section that really makes my heart race is the Dining section. So far, I haven't had the nerve to assign that particular section of the paper to my students. But I will.

I spent years writing about business, and a few years writing and studying fiction in grad school, but the topic I like to read, write and think about the most is food and the preparation of it. When Wednesday rolls around, I grab the Dining section and read it first. Usually, the recipes inspire me to cook something for dinner that I've never made before. Generally, the recipes are reliable. Occasionally, they're extraordinary. There's always some quirky approach to making or contemplating food. Today, there was a story about the discovery of Marilyn Monroe's stuffing recipe.. The writers were trying to figure out what had prompted Monroe to incorporate raisins, chicken livers, oregano, grated Parmesan, chopped eggs, sourdough bread and three different kinds of nuts into the recipe, but to deliberately leave out garlic. (Apparently, Joe DiMaggio, Monroe's husband at the time, didn't like garlic.)

This may not sound like big news but it turned out to be one of the Times' ten most popular stories for the day, so I was not the only fool reading it with rapture. My favorite column, week in and week out, is Mark Bittman's The Minimalist http://topics.nytimes.com/topics/features/diningandwine/columns/the_minimalist/index.html. He is like the no-nonsense uncle who's cooked everything, knows you don't feel like making dinner, and then gives you a three good reasons to do it anyway. I usually make whatever he tells me to.

But last Wednesday, Bittman had a recipe for profiteroles that just sounded like too much work. Plus, I couldn't in good conscience serve my kids profiteroles with raspberries for dinner. So I decided to make another Times' reporter's Herbed White Bean and Sausage Stew. We had a bag of Great Northern beans in the pantry and sausage in the fridge. The writer of the story bragged that unlike most recipes, this one didn't require that you soak the beans first. I dumped a bag of dry beans in the pot, added some water, threw some carrots and celery into the food processor, took out the various herbs that were required, and started cooking sausage.

Our housekeeper Maria, a lovely Portuguese grandmother who is the definition of old world courtesy and decency and who has raised two boys herself, stopped and watched me. Usually, when I cook, she doesn't say much, except, "Smells good" or "Looks nice." This time, she looked at the pot of beans with concern.
"I usually soak my beans overnight," Maria said.
"I know," I said. "But the recipe says you don't have to."
"I soak mine overnight," she shrugged, and went upstairs.

My older son was watching this whole exchange. "Maria never criticizes us," he said.
"I know," I said. "Unless we're doing something really stupid."

The white bean and sausage stew took forever to make. Even after cooking it for hours, the beans never properly softened. Despite the interesting mix of vegetables and herbs, and the lovely, salty sausage, the stew didn't taste very good. Plus, it was ugly. My kids didn't like it. I suspect my husband never even opened the container. The only good part about that bean stew was all the nice bits of sausage I had cut up, fried and thrown in.

Last night, that stew was still sitting in the refrigerator. We had a LOT left. I opened up the container and got ready to throw it out. But then I spotted those little sausage pieces. One of the beautiful things about sausage is all the salt and fat that goes into it to preserve it. The sausage pieces looked yummy and lost in that container of undercooked/poorly seasoned beans. I had to save them! I picked them out, ate a few, put the rest in a container and dumped the stew into the garbage.

This morning, I woke up with sausage on my mind so I made some for my younger son for breakfast. He had complained in front of the pediatrician that I wasn't feeding him enough for breakfast and he was hungry at school. The pediatrician suggested he start eating more protein so now, when I have the energy, I make him boiled eggs and sometimes turkey sausage, on top of his regular bowl of cereal, cheese stick and banana. This morning, he ate the eggs but skipped the sausage. I put it in the refrigerator and figured I would use it for something, eventually.

Then I saw the enormous pumpkin sitting on the counter.

A couple of weeks ago, in a fit of family fun (or forced togetherness, as our 14-year old treated the outing), my husband suggested we do something as a family on Saturday afternoon. Football season was over, wrestling and basketball hadn't started, we didn't have any birthday parties to attend to or holidays to celebrate, we were free to pile into the car and go somewhere. We took our dog and drove west for a half an hour to a pumpkin farm. (Lest you think that we are all "Leave to Beaver" and punch-drunk with family harmony in our house, the last time we went pumpkin picking was when my younger son was in nursery school---he's now in 4th grade.).

Since it was pretty late in the season, most of the pumpkins were gone, but my kids managed to find six big ones. They carved one for Halloween, and put all but one on the front porch, where the the squirrels have been nibbling on them. They put one on the kitchen counter and asked me to cook it.

I let it sit there a good two and a half weeks. Today I couldn't stand it anymore. Thanksgiving was coming. I needed to clear out the debris of one holiday before we started on another. I would cook the pumpkin. We would make pumpkin soup. The only problem was that the pumpkin was enormous. I knew we had smaller pumpkins but they were outside. What if the squirrels had peed on them? I found Mark Bittman's recipe for pumpkin soup, which sounded great. He called one version of it "meager," meaning that it was mostly made from basic ingredients like water and bread. I love the idea of making something out of nothing, but opted for his second, fancier version, which required cream, minced fresh parsley leaves and snipped chives for garnish. We didn't have any of that but I figured we could improvise. The recipe also called for a pound of crisp, tart apples My older son is allergic to apples. What could I put in the soup that would make it crispy and crunchy, with a hint of fat? Those meager meats, sausage and bacon.

Maria came downstairs. I asked her what she was doing for Thanksgiving. While we were talking I took the biggest knife we had and cut the pumpkin in half. I managed to slice open my left middle finger. Blood leaked onto the pumpkin. Maria, true to form, handed me a Band-aid.

My younger son wandered in and asked what I was doing.
"Making pumpkin soup," I said.
"But I want pumpkin pie," he said.
My husband called to say he didn't feel like soup and was grabbing pizza on the way home.
My heart sank. Maria left. I soldiered on. The soup was good. Really good. Even my pie-loving younger son gulped down a big bowl, then yelled for more. The rest is for Maria.

Place butter in large, deep saucepan. Cut up pumpkin into cubes. Put onion, cooked sausage, and strips of turkey bacon, in a food processor. After butter melts, add the pumpkin, sausage, bacon and onion to the saucepan and cook for ten minutes or so, until onion softens. Add salt and pepper.

Add the chicken stock, wine and tarragon and turn heat to medium high. Bring to a boil. Turn heat down to low, partially cover and cook for half an hour or so. Cool for a few minutes, then put soup into food processor and puree. Return soup to saucepan and cook for a minute or two over medium-low heat and stir. Add milk and stir for a minute or so. Enjoy.
Posted by Writermom at 8:11 AM