Michael and Me: It's All Dental, Part II 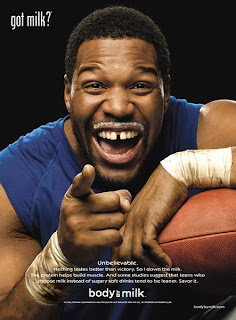 I am capable of doing quite a number of stupid things, but one of the stupidest things I've ever done was buy a pack of Mentos.

Yes, those round, chewy, sugary, white candies, which my friend A.'s five-year old daughter M. got me hooked on four years ago, when our kids were in nursery school carpool. Every other morning, M. would climb into the car, clutching a pack of Mint Mentos. Her mother raised her right because M. frequently offered me a piece, which I accepted, ignoring my mother's advice that you're not supposed to take candy from a baby.

The years went by. Mentos were just one of many choices that contributed to my ruinous addiction to sucking candies. Last June, after I had to have a tooth yanked out because it was damaged beyond repair, I swore off all the sugar-filled crap I had been sucking on since college, and have been pumping myself up ever since with carrots, iced lattes, grapes and the occasional diet Coke.

But on Sunday, I forgot about being good. I had taken my younger son to the pediatrician for the 800th time in three months. He has had months of sinus infections and allergies, all of which make me curse the narrow sinuses I donated to his gene pool, and make me question why I nursed him for fifteen months, when he is stuck with increasingly debilitating allergies anyway. We went the pharmacy and I let him get his usual pack of sugar-free gum to go with the prescription that was being filled. It was lunch time. I was tired. I was hungry. Suddenly, I was overcome with that dormant but still powerful instinct for self destruction.

In case you were wondering, sugar addiction never dies, it just waits for the little demon inside you to get up from its nap and kick your resolve to the curb.

Without even thinking, my hand reached for a pack of Mentos. Needless to say, this pharmacy is walking distance from my house and I have been there many, many times. I know their Mentos are old, stale and stick to your teeth. I bought them anyway.

Standing in my kitchen, I ate four Mentos in three minutes. The candies were hard but I kept at it. After the fourth Mento, I felt something smooth and unchewable go bump against my tooth. I took the candy out and examined it. There, within the Mento, was one of my fake teeth.

It is easier than you might think to remove a fake tooth from a Mento.

It is not, however, so easy to remove a Mento from a fake tooth, as my dentist's assistant pointed out when I went in to have the damage assessed yesterday afternoon, and she dug some Mento out of the fugitive crown.

My dentist, as usual, was cheerful. "This is a good sign," he congratulated me, "because now I can see there's decay on that tooth!" It is one thing to be told that the foundation of your front porch is decaying. It is another to be told that about the contents of your mouth.

He deliberately glued the crown back in clumsily so that I would make an appointment to come back and
a) Have the decay removed
b) Get a new crown
c) Cop to being a dumb ass.

I went home and called my husband.
"Is there anything you could have done to reverse this?" he asked gently.
"Well, I guess if I had been born to parents who hadn't gotten divorced and caused me all sorts of anxiety, which made me gnaw my teeth, I could have reversed this!"

My husband decided not to touch that one with a ten-foot pole.

During all this, my older son again needed supplies from Staples. Because I was suffering from post-stupid-idiot-syndrome, my husband took him. The great thing about the Staples near our house is that they sell these really large and delicious lollypops. I shouldn't be eating these things and honestly, I pretty much have stopped, but a couple of weeks ago I took my older son there and while we were waiting on line to have his poster board cut in half, I left him to search for lollypops (For the kids, natch. Okay, fine, I'm an addict). Staples usually keeps their lollypops right by the cash register. But they were out that day (or else they had seen me coming and hidden them all.) When my older son and husband got back from Staples this Sunday, my older son said, "Mom, they had those big lollypops you liked but Dad said we shouldn't get one for you because you'll look like Michael Strahan."

I pretended not to know who he was talking about.
Posted by Writermom at 10:32 AM