Chicken and Rice and Everything Nice 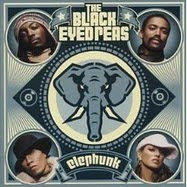 Mid-January, mid winter, the middle of the Jersey suburbs. The days are long and sunless. You could call them bleak. The horizon is stretched out into a thin white sheet. I keep looking up at the sky and thinking about The Road. To rev myself up, I have been on a Black Eyed Peas kick. Our new neighbor's son and my younger son love to listen to the The End album on their way to and from Hebrew school. They love "Boom Boom Pow" and "I Gotta Feeling." I love "Immabe." When I'm alone in the car, I listen to the Elephunk album. It is a mood-changer. (My brother-in-law is dating a woman who is getting her PhD in music and she called the BEP's "brilliant," so I don't feel like a total teenybopper writing this out loud.) I have listened to "Shut Up" about fifty times this week alone. I've also been humming along to "Latin Girls," "Hands Up" and "Smells Like Funk."

This morning, I drove to Dunkin Donuts, bought my kids some munchkins and me a caramel skim latte. On the way home, I listened to "The Apl Song," a lullaby about the singer's life in the Philippines. I almost cried when Apl.de.ap sang of going home and feeling complete peace while he ate his mother's food. Then I sat in my driveway, sipped coffee and listened to "Where is the Love?" until my neighbor called and asked me if I still had the chocolate chip cookies her daughter had baked back in October and stored in our basement freezer. It was my unfortunate duty to remind her that she had instructed me to throw the cookies out several weeks ago.

About our neighbors. The good news is we have new (well, newish) neighbors and they are a cheerful lot. They are from New York and are really smart, witty and nice. The Mom has blonde curly hair and went to Harvard business school. The Dad does something in finance and grew up in this town; his parents still live here (ditto). We carpool with them to and from Sunday school and Hebrew school. I am seriously hoping their 4-year old daughter marries one of my sons some day. Last Sunday afternoon, they took my younger son to and from religious school and then brought him back to their house, where they fed him a hot dog and kept him for a short play date. At 1:15 or so, I wandered over there with our dog to retrieve him. The boys were playing nicely but my boy had to go home and do his homework, which involved extensive research on the spadefoot toad.

My new neighbors wondered aloud: What is there to do on a cold Sunday afternoon in the suburbs? I shrugged. Both my kids had loads of homework. I had dinner to make. That was the sum total of our activities for the day.

They ended up wandering aimlessly around the mall (I know this because the next day, I drove their son to and from Hebrew school and I brazenly asked him how he had spent the remainder of his Sunday afternoon.)

Here's what I did. I helped my younger son with his toad research. Then I made turkey breast, broccoli, string beans and pasta. The turkey breast was one of the best dishes I have ever made. It took an hour to cook and my older son kept badgering me to find out when it was going to be ready because he said it smelled so good. (My older son has become a texting obsessed/University of Alabama football-following/hockey-loving/sweaty teenage wrestler who hoots when he talks about Martin Brodeur saving another goal for the Devils, so to hear him get excited about something as old-fashioned as dinner filled me with glee.) Making dinner took the edge off of our Sunday afternoon and split the day in half. It tasted delicious (see recipe below). My younger son, who pretty much only eats pasta, flank steak, pizza and raw red peppers, asked for seconds.

I got the turkey recipe from Mark Bittman's cookbook, How to Cook Everything. My oldest friend gave it to me for my birthday years ago, when we both first moved back to New Jersey. We were new mothers and new homeowners and I think she knew we were both going to be spending a lot of time in the kitchen. This book has become my Bible and I've used it so much, the pages are falling out and it is falling apart. Almost every recipe I have ever tried in there works and works well. The herb-roasted boneless turkey breast (page 408) is one that didn't work so well, but I liked the idea of it (and couldn't bear the idea that this turkey would be a turkey) so I played with it several times.

Monday morning, I went for a long run with my other neighbor and our dogs. I told her about my conversation with our new neighbor. We agreed that cooking was the cure. (My other neighbor had roasted a chicken, sauteed onions and baked brownies for her Sunday dinner.)

Our conversation got me thinking. I had to keep cooking my way through this long month. In the middle of January, I usually come down with a mild case of depression. Some might call this boredom. Other would call it a really bad mood that could be relieved by anti-depressants. I blame this mood on the weather and some kind of chemical imbalance, which I do not fix with drugs. I try to fight it with writing, reading, running outside, listening to music, teaching and now, making a religion out of making dinner. (I may also buy some new towels.)

Last night, I tried to conjure my grandmother, who ate most of her meals in her kitchen or on her porch. She died at 98 of nothing in particular. My grandmother was not a a great cook but if you had dinner at her house, you could count on a salad of iceberg lettuce and Italian dressing out of a bottle , fruit salad served in a cut crystal wineglass (which she never used for wine), some kind of soup with pasta in it, stale cookies from Waldbaum's, and chicken and rice casserole. She made the chicken and rice in the oven. I'm not sure what she put in it; I know it always needed salt and it always tasted good. I have tried to recreate the recipe here. It's not quite Grandma's recipe since I make it on the stovetop, and I have distinct memories of her, standing in her housedress, leaning over and removing it from the oven. But it comes close.

I found this recipe in Pierre Franey's The New York Times 60-Minute Gourmet , a book my cousins (also my grandmother's grandchildren) gave me as a birthday gift in 1987. I had recently graduated from college, was living alone in a studio apartment on the West Side, working my butt off at Business Week and not cooking much. In fact, I can't remember one meal I made during that time. Still, I guess my cousins figured that eventually I would become slightly more domestic.

Below is the recipe for Casserole de Poulet au Riz (chicken and rice casserole), page 47, which I have doctored up. (I like the rice brown and crusty so I overcook it a bit but you don't have to.) Monsieur Franey hails from France. Grandma Miriam grew up in Brooklyn. This recipe attempts to straddle both places.

Preheat oven to 450 degrees.
Place the turkey in a small, deep baking dish. Sprinkle poultry powder, salt and pepper all over it.
Add about 1/3 of the chicken broth to the bottom of the pan and put in the oven for ten minutes. Every ten minutes add more chicken broth. Keep doing this for 30 minutes and then let the turkey cook for 30 minutes more. The whole thing should take an hour.